When it comes to the results of a rhinoplasty procedure in a multicultural society such as Sydney, there is a wide variety of people with different ethnic backgrounds seeking aesthetic surgery. Dr. Hodgkinson’s approach to different ethnic subgroups over the past thirty years, has included over twenty years of performing procedures in the Eastern Suburbs of Sydney and over ten years performing plastic surgery in the United States.

Australia is built on ethnic diversity, and all Australians are aware of the great success of our immigration policies since World War II. Our population doubled due to new Australians coming from every continent with a range of cultural backgrounds. This increase in the variety of ethnicity demands an understanding of the social, cultural, and aesthetic values of patients by your surgeon.

It has also been shown that first-generation new Australians seek an aesthetic, which is a hybrid of their cultural background and their new environment.

Features common to many Middle Eastern noses most typically include a strong, prominent nose with a high bridge, a broad middle area of the nose, and a big or sometimes drooping tip. People who have this type of nose may notice that it appears slightly long in relation to the face, especially in the frontal view of photographs. The profile or the three-quarter view may reveal a hump or drooping tip that could distort the balance of the facial features.

The aesthetics of the Asian face differ as they often do not have strong noses with high bridges. It is common that the Asian nose is usually flat, with a broad and depressed tip. When viewing this in profile, there is generally very little projection to the nose, giving a scooped out look. This requires a different approach due to the requirement of enhancement or augmentation, often with a bone graft or, in some cases, a cartilage graft to the bridge of the nose to build up the ‘flatness.’

Synthetic grafts like silicone are avoided due to the fact that they can be rejected over time. These grafts do not bond as well to the existing nasal structures when compared to the success rate of the patient’s own tissues. The graft gives the nose height and projection while also being able to narrow the flare of the nostrils to give the female nose a more elegant appearance or, in the case of a male nose, a stronger look.

When assessing any patient, perhaps the most important pitfall to avoid is the myth that there is such a thing as a ‘perfect nose.’ There is no one nose that will look good on everyone’s face. This can create a challenge for the surgeon as they need to conceive a nose that is appropriate for the specific patient and will look balanced on a face.

The aesthetic judgment of the surgeon, combined with years of experience, a range of techniques, and the desires of the patient, determine the best outcome. Dr. Hodgkinson will work with the patient to find an appropriate aesthetic design that fits the overall appearance of the face.

Dr. Hodgkinson has performed thousands of rhinoplasties and spends a great deal of time with all patients before surgery. This, along with the aid of a computer program called ‘Alter Image,’ means Dr. Hodgkinson can individualise the look of the nose, achieving a natural result that does not look operated on.

The healing process for the Ethnic Rhinoplasty procedure

It is somewhat unpredictable when dealing with the healing factors of the nose. Slight asymmetries may occur, but this is a risk with any procedure. A rhinoplasty procedure asymmetries are often more evident during the scar maturing phase, which happens around the six to eight-month part of the healing process. In some cases, a minor touch-up procedure may be required; however this has so far only been necessary for roughly five to ten percent of patients.

Why is Dr. Hodgkinson best suited to this procedure?

Dr. Hodgkinson has previously lectured at the Eurasian Nose at the Australian Academy of Facial Plastic Surgeons, The Brazilian Society of Plastic Surgery, The Korean Society of Rhinoplasty Surgery and the International Society of Aesthetic Plastic Surgeons. He has been asked to speak on his in-depth experience and vast skill set in regards to the various rhinoplasty procedures. He is asked to teach his Asian Rhinoplasty at meetings in Asian as he has an alternative solution to using skincare.

His Ethnic Rhinoplasty results, along with Blepharoplasty (eyelid surgery) has led to Dr. Hodgkinson being invited to assist other surgeons in the learning of new techniques and approaches. The methods he teaches, he has mastered over time and is sought-after as an authority on ethnic rhinoplasty and blepharoplasty.

Dr. Hodgkinson and his experienced team have a highly regarded set of unique skills. This goes above and beyond ethnic rhinoplasty procedures to include other facial and body procedures, all of which have the primary goal of assisting a patient’s comfort and confidence levels. Dr Hodgkinson is the director of Double Bay Day Surgery a dedicated facility just for cosmetic surgery of the face and body. 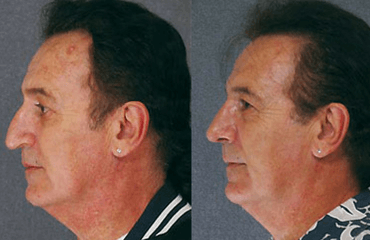 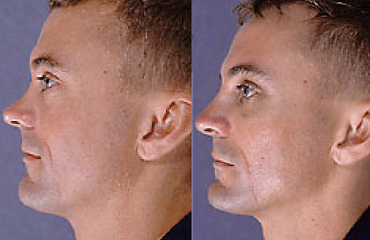 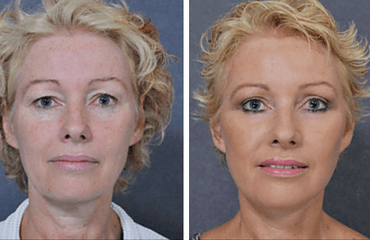 DECADES OF EXPERIENCE: 3 SECRETS IN 3 MINUTES

Click to watch this 3-minute video where world-class facial surgeon Dr Hodgkinson reveals the 3 top myths that he’s busted while helping to transform thousands of his patients’ faces over the past 30 years. And just for watching this video, you’ll also receive a special gift valued at $150 inside. (only applicable for facelift consultations)
PLEASE SEND ME THIS VIDEO
3 Facelift Myths Revealed