I have loose skin hanging over my belt line, do I need a tummy tuck?

A tummy tuck is an operation most commonly associated with women who have either or both skin on their abdomen that has not retracted after pregnancy or a tummy that is protuberant due to the muscles of the stomach being stretched out after pregnancy.

The tummy tuck that is performed for patients who have lost a lot of weight, however, is somewhat different to the post-partem tummy tuck in that the incision is in a crease where the skin has previously hung down and is often similar to a low hanging belt.

The skin only tummy tuck does not require repair of the abdominal wall muscles as does the operation for the patient who has had multiple pregnancies.  Hence, the post weight loss operation is less painful and is often performed in conjunction with liposuction in women to the hips and in men often to the love handle and man boob areas.

The operation of the “tummy tuck” in the weight loss patient is an outpatient surgical procedure usually requiring approximately two and a half hours of surgery and the patient requires less postoperative restricted movements and management than does the post pregnancy patient.

Should I get a tummy tuck after having children?

Unfortunately after you have had children (especially large babies or multiple births) your stomach muscles may remain stretched, and while you can strengthen these muscles, no amount of exercise will shorten them.

If you find the protuberance bothers you when wearing swimwear or fitted clothes, then a tummy tuck (abdominoplasty) can be an option to regain or even create a flat tummy.

In fact, as an extra bonus with a tummy tuck the stretch marks on the skin are often also eliminated. Call us at the Clinic for details.

What can I do about my C-section scar?

This is very common in women who have had a caesarian section. As time goes by the low scar may widen or look crooked and accentuate any bulging over it. The “tummy tuck” procedure (abdominoplasty) can be used here too. The scar can be revised and the abdominal muscles tightened to flatten your stomach.

Do men have tummy tucks too?

Yes!  Men do have tummy tucks.  Even though the abdominoplasty or “tummy tuck” procedure has been associated with the “Mummy Makeover” to deal with stretched skin or muscles after pregnancy, many men and women are looking at having abdominoplasties after weight loss.  Whether they lose the weight themselves or if the weight is lost after gastric surgery like “sleeving” or gastric bypass, a large amount of weight loss at any age can leave someone with loose skin.

These festoons of skin can be anywhere on the body but the most common area of concern is the apron of skin that can be left around the abdomen.  Tummy tucks are highly successful for these patients and provide a high level of satisfaction.  The incision line can be made low and depending upon the amount of skin may be just in the front or all around the torso – circumferential.  When the incision is around the body the surgery is normally referred to as a “body lift”.  These skin lifts are less painful than the post pregnancy tummy tucks that often require the tightening of the muscles which have been stretched as well. 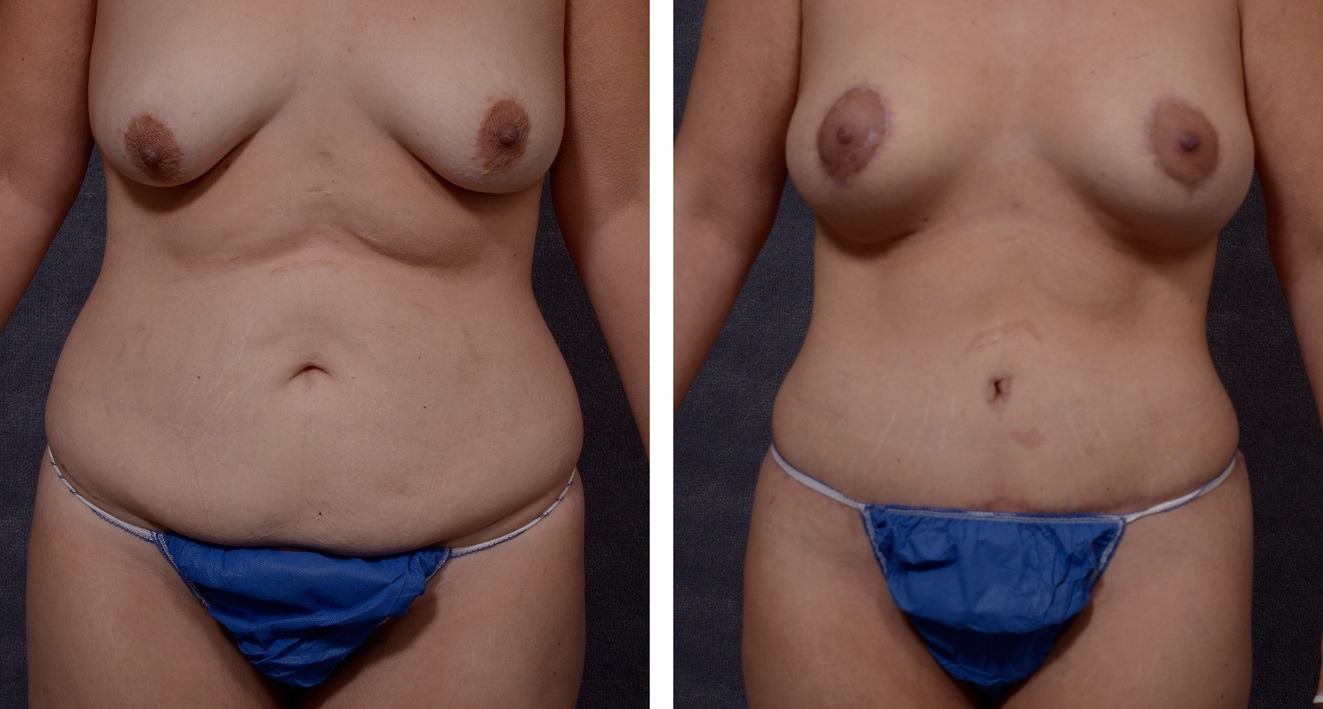 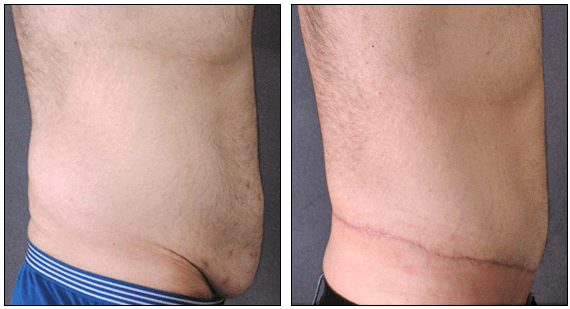