What are the incision lines for a breast reduction?

Many women with large or pendulous droopy breasts suffer from back pain, neck strain, notching of the shoulders from their bra straps and blistering or rashes especially in hot weather.  It is almost impossible for them to consider jogging or any kind of jarring sport such as horseback riding due to the discomfort caused. Many women who present for breast reduction say that they have thought about surgery for years but were held by either financial concerns or not knowing what the surgery involved and were too frightened to ask.

With regard to the incision lines, the goal with all aesthetic surgery is minimise potential scarring whilst trying to achieve a result that is aesthetically pleasing and that will stand up to normal ageing and lifestyle habits. A vertical “lollipop” incision is used for moderate reductions avoiding the full anchor incision of very large “E”+ breast reductions. For women with very large breasts it is almost impossible to avoid a “T” or anchor incision.  The sheer volume and weight of the breast tissue, combined with the compromised elasticity of the skin after years of drooping is too great to be supported by a peri-areolar incision alone. The incision lines for larger breast reduction are around the nipple and vertically downward from the nipple under the breast. They generally resolve and go from red to pink in a matter of a few months and from pink to white in a matter of a year in the average person with care taken to avoid sun exposure and adherence to post-operative instructions. 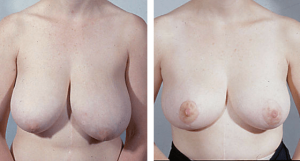 Before and After Breast Reduction Surgery by Dr Hodgkinson 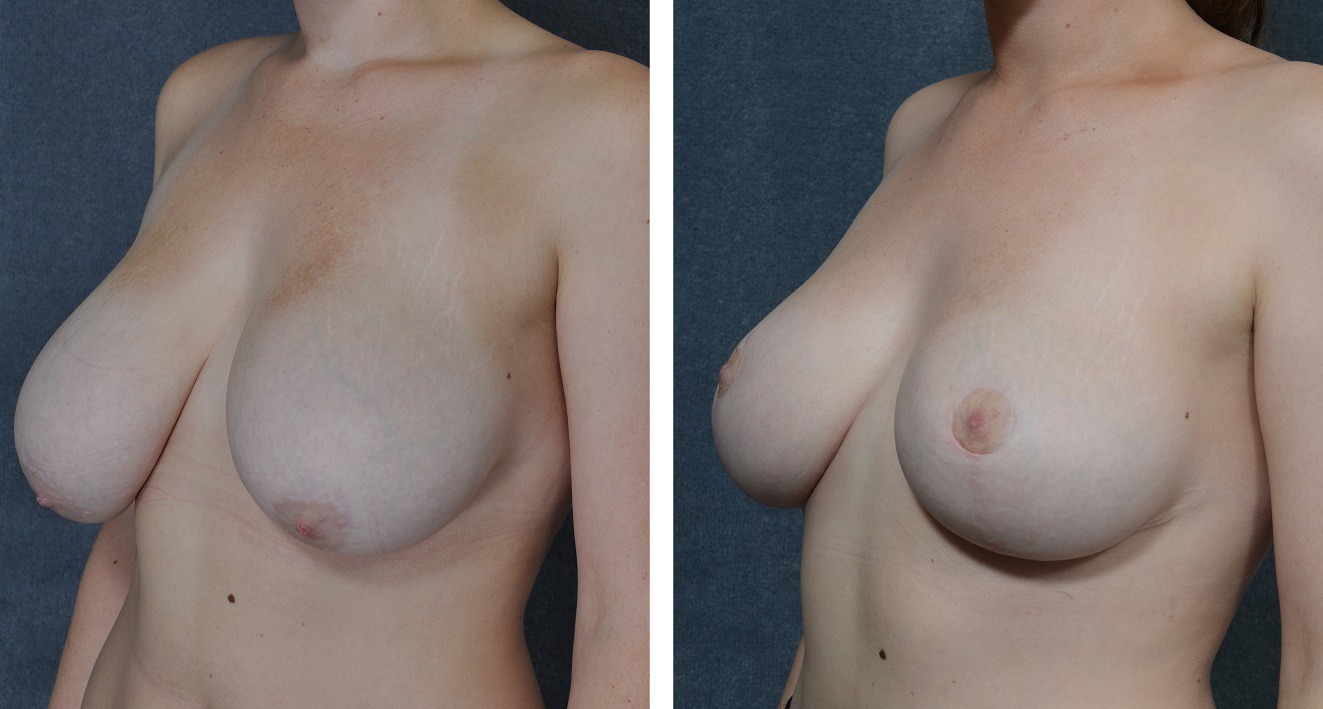