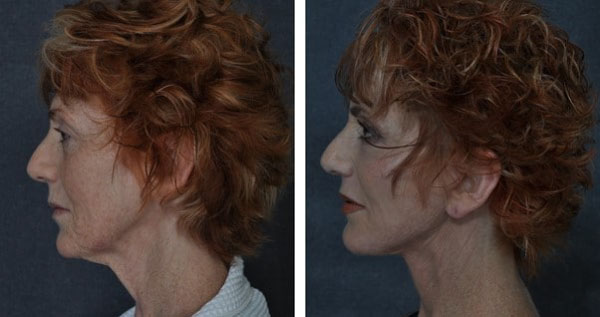 Dr Hodgkinson’s pioneering work on neck lift and face lift surgery has been published again in a major, prestigious plastic surgery journal.   His latest article, in Aesthetic Surgery Journal entitled Total Neck Rejuvenation, Harnessing the Platysma in the Lower Neck and Décolletage, describes his surgical technique for rejuvenating the neck all the way down to the collar bones and décolletage in conjunction with facelift surgery and as a critical component of pan facial rejuvenation.

Dr Hodgkinson, a member of the Super Neck group, has long been one of the leading proponents in the world of plastic surgery espousing that any facelift procedure must consider all the aspects of facial ageing including the neck; the neck meaning not just the jawline but the entire neck.

Early facelifts, which were predominantly skin tightening procedures before the dissemination of the deep plane facelift, left the face with a tight appearance.  Even though the SMAS (sub muscular aponeurotic system) was described in the 1970’s and deep plane facelifting started to take hold with more sophisticated plastic surgeons in the 1980’s, facelifts continued to typically ignore the neck altogether.  The jawline and desire for more natural and less “pulled” and “stretched” results increasingly became a topic of discussion as facelifts progressed into this century but the neck remained elusive.

It seemed apparent to some in the industry that a facelift result was not natural if it was obvious because other adjacent aesthetic areas still retained their aged, sagging look: a tight cheek next to a sagging jaw or droopy eyelid gave an uneasy imbalance to the overall appearance.  This gave rise to the concept of pan-facial rejuvenation in which the surgeon would address all areas of facial ageing as they affected each patient in particular.  This was important as no two people age the same.  Some people age first in their eyelids or brow whilst others age first in their neck and jowls.  The goal was to individualise the result and set back the clock for that patient taking into account their former youthful appearance and individual ageing.

Pan-Facial Rejuvenation needs to include the Neck!

Interestingly, the term pan-facial and the concept of facial aesthetics with the emphasis being on “facial” left the concept of facial rejuvenation still falling short of the neck.  This neck as an important aesthetic zone of facial rejuvenation surgery was never amply addressed until more recently in plastic surgery when surgeons in various parts of the world such as Dr Hodgkinson started championing techniques to not only include necklifting as a part of facelifting but to improve and refine the surgical techniques to address the neck.  These internationally acclaimed surgeons also collaborated and continue to work with one another formally through surgical journals and conferences but also informally in sharing their mutual respect for one another’s work and achievements which benefits not only the field of plastic surgical science but their patients through improved results. 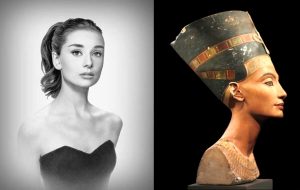 Dr Hodgkinson has also explored the importance of the neck as a sensual zone and hallmark of beauty across time and cultures.  A tall, well defined neck is a major feature of many of the most iconic and recognisable “beauties” from Nefertiti to Audrey Hepburn.  In Japan, the Geisha’s kimono and makeup were specifically styled to expose and emphasize the neck and some cultures have gone much further than just adorning the neck with collars or necklaces but actually elongated the neck with neck rings.  Unfortunately, this is too extensive a discussion to be adequately covered here.

In addition to publishing his work and presenting it at cosmetic and plastic surgical conferences, Dr Hodgkinson has been invited to present this month at the University of Texas, San Antonio’s “International Masters of Plastic Surgery Webinar Series” as the first speaker in this series discussing Facial Aesthetics in general and his work on the neck in particular.

Aesthetic Areas of the Face

In discussing facial aesthetics, Dr Hodgkinson will examine each of the aesthetic areas of the face and the associated procedures from the top of the head to the collar bones:

Dr Hodgkinson continues his work on refining his plastic surgical techniques to optimise the surgical results he can achieve for his patients and publishes these results in peer reviewed journals to benefit other plastic surgeons and their patients as well.  He is grateful to his colleagues internationally who are leaders in the field for their many contributions and the results their generosity in publishing allow him and other surgeons who pursue excellence to achieve.