Dr Hodgkinson made Fellow of the AAFPS as Rhinoplasty Demand Increases 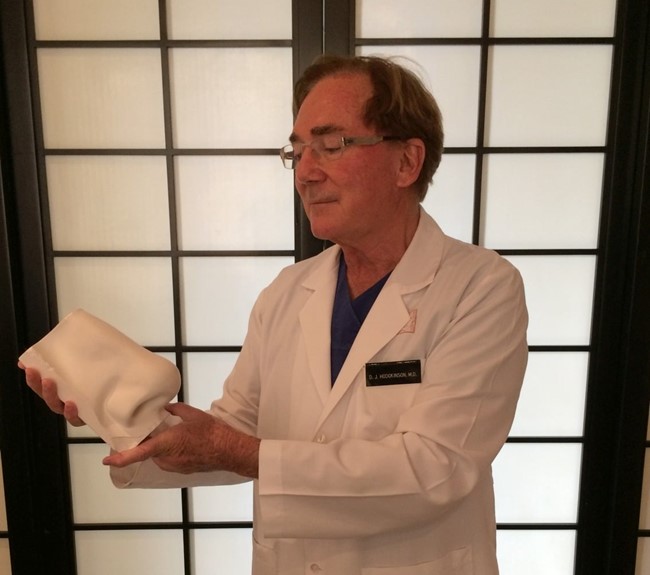 Dr Hodgkinson made Fellow of the AAFPS as Rhinoplasty Demand Increases

Dr Hodgkinson has been made a fellow of The Australasian Academy of Facial Plastic Surgery (AAFPS).  In large part, this is due to his contribution to the field of rhinoplasty surgery (nose reshaping surgery) over many decades.

A Vast Experience with Rhinoplasty Surgery

Rhinoplasty on the Rise in Sydney and Worldwide

During the pandemic there was a drop not only in elective surgery but therefore in aesthetic plastic surgery as well.  Surprisingly, however, Dr Hodgkinson noted that whilst demand for surgery was quite consistent after the initial lockdowns in his Double Bay Day Surgery Centre, that the demand for rhinoplasty was actually on the rise.  With people having time to recover and with mask wearing, prospective patients who had been considering nose surgery were finally making serious enquiries and proceeding to have their surgery.  This trend has continued even until now with the number of prospective patient enquiries, consultation and surgeries all on the rise. 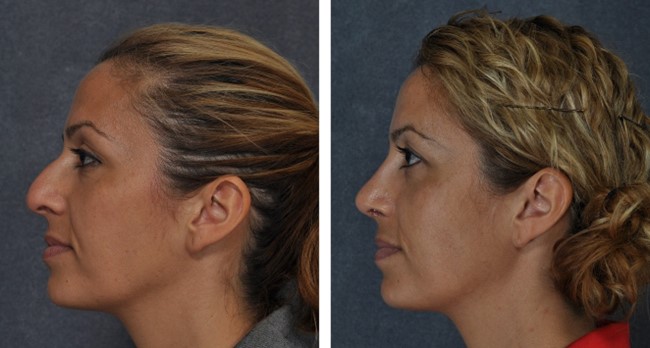 Interestingly, while the international data for 2021 is not yet out, the data compiled in 2021 for the previous year shows a similar trend.  At the end of 2020, the International Society of Aesthetic Plastic Surgeons released their data on worldwide demand for aesthetic plastic surgery during the first year of the pandemic – 2020 and have begun compiling their data for 2021 1

The survey showed, whilst the number of overall surgeries declined by 10.9 % only two procedures increased in number: rhinoplasty and brow lifts.

The numbers of rhinoplasties actually increased by 3.9%. Rhinoplasty is always has commonly been one of the top five most commonly performed procedures along with breast augmentation, liposuction, abdominoplasty and eyelid surgery – not necessarily in that order. 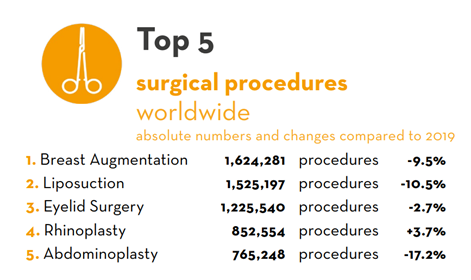 The reasons for the ever-increasing popularity of liposuction and abdominoplasty in past years as they maintain their positions among the most popular plastic surgical procedures are easily understood with the rise of obesity worldwide and the consequent rise of bariatric surgery to treat obesity.  Breast augmentation, however, remains very much a phenomenon all its own although trends in size and implant types have changed as well as calls for better surveillance for implants and implant health. Rhinoplasty and eyelid surgery, however, are interesting in how they differ and what they have in common.

The Demand for Blepharoplasty/Eyelid Surgery also in the Top 5

The only other facial plastic surgical procedures in the top 5 for 2020 other than rhinoplasty was blepharoplasty.  Rhinoplasty and Eyelid Surgery cover very different demographics.  The statistics showed that the age distribution for the majority of patients seeking rhinoplasty was 18-34.  Sadly no figure was given for eyelid surgery but considering that it normally performed for sagging or drooping of the eyelids it is safe to assume that the majority of patients would be in forties and upwards. 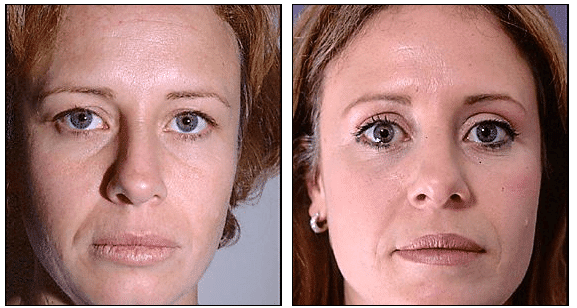 Before and 6 months after upper eyelid blepharoplasty by Dr Hodgkinson

What rhinoplasty and eyelid surgery have in common

Both procedures have a functional as well as aesthetic benefit.  Unlike breast augmentation which has no functional benefit, rhinoplasty can improve as well as enhance the breathing function of the nose.  So too can blepharoplasty both enhance and improve vision if the sagging of the upper eyelids is so pronounced as to cause visual field occlusion.

In rhinoplasty surgery, the structures of a broken nose or congenitally malformed nose can be reconstructed and straightened to improve breathing and with improved breathing comes improved overall health.  When the nose is not functioning properly issues with breathing can arise including but not limited to obstruction, sleep apnoea and or restless sleep, lack of adequate oxygen uptake and dry mouth.

In blepharoplasty surgery, creating or maintaining a functional eyelid is key.  In cases where there is extreme skin laxity, the upper lid can actually fall down over the eyelashes and or the lid can be droopy and slide over the pupil of the eye.  This can cause vision to be impaired.  This impairment of the eye being blocked by the heavy eyelid is known as peripheral visual occlusion.

Facial plastic surgery is a diverse and growing field 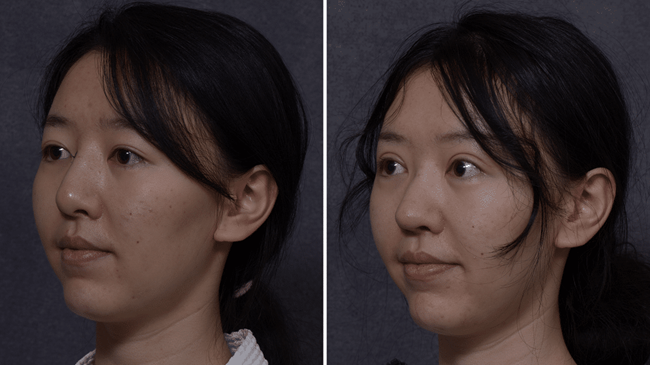 Experience and Expertise Remain the Keys to Surgical Outcomes

If you or someone you know are interested in plastic surgery or facial plastic surgery, it is important to do your homework and to remember that the primary key to your surgical outcome is the experience and expertise of the surgeon.  You also have a role to play in ensuring that you are in the best health possible and follow all of your pre and post operative instructions to the letter.