over 30 years of experience 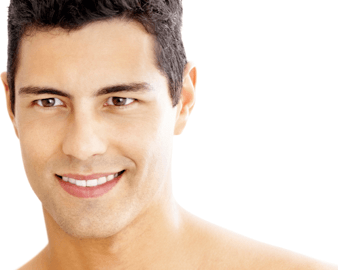 Male Cosmetic Surgery is one of the fastest growing sectors in cosmetic plastic surgery.

My practice has been consistently comprised of at least 40% male patients for years now. The stigma attached to cosmetic surgery in general and cosmetic surgery for men in particular is rapidly becoming a thing of the past. In a media driven, competitive world, men are recognising the importance of appearance not only in maintaining a positive self-esteem but in self-projection both socially and in the work place.

The most popular male procedures are rhinoplasty (nose surgery), liposuction/liposculpture (including skin etching), facial rejuvenation surgery (facelifts and eyelid surgery), gynaecomastia (man boobs), body contour procedures after weight loss and/or body implants such as calf or pectoral implants to enhance the physique. Hair transplantation and penile enlargement tend to be specialised areas in themselves and are not usually carried out by general cosmetic plastic surgeons.

Cosmetic surgery for men requires and understanding of the masculine aesthetic both for the face and body. A surgeon not experienced in male cosmetic surgery and the masculine aesthetic risks feminising or beautifying the male in an unnatural way which creates an operated on look that is not desirable and that we often see derided in the tabloids. In male surgery, it is imperative to leave the hallmarks of masculinity in all facial rejuvenation surgery and to be cognisant of creating a male physique not a feminine figure in body contour surgery.

Dr Hodgkinson interviewed on the rise in male cosmetic surgery

What procedures are most popular with males?

Q: What procedures are most popular with males? A... 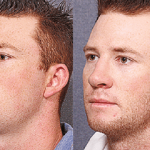 Rhinoplasty (nose reshaping surgery) for men is no...

Have you heard of the daddy do-over?