Chin implants are solid silicone prostheses which are inserted into the chin and the side of the lower jaw to give more definition to the lower third of the face.

In a male patient, the implant can give a more chiselled, masculine appearance to the jaw. In women, it can assist in giving a better definition to the neck. A chin implant balances both the male and female profile and is sometimes combined with rhinoplasty, liposuction or a facelift. Implants are placed via a small incision either in the mouth or under the chin in a skin crease.

These implants are not visible as they sit firmly on the jawbone itself and do not move or break over time. Surgeons should not be tempted to put in an over-large implant into the jaw as its appearance will be quite unnatural. If appropriately sized and placed, the implant should have a natural appearance. 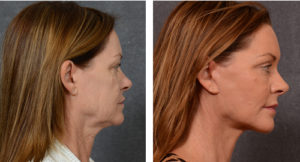 Before and After Chin Implant, Facelift and Necklift Surgery by Dr Hodgkinson 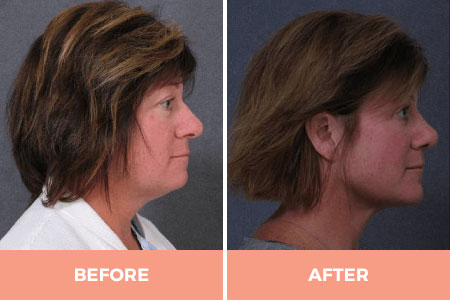 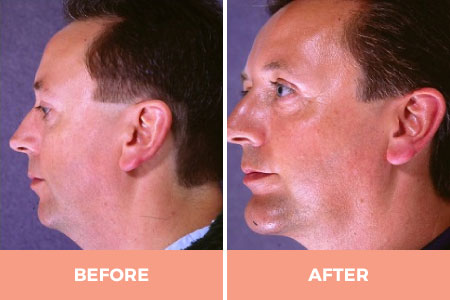