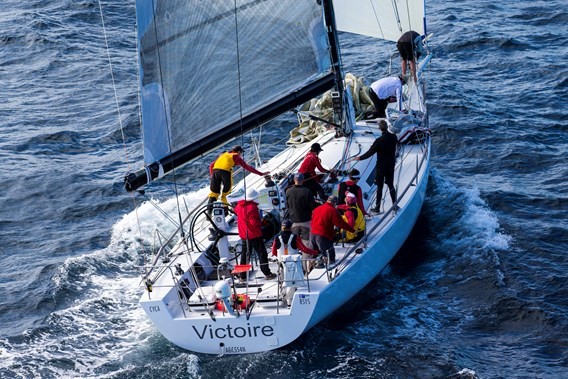 Dr Hodgkinson and a put together crew for the day on his yacht Victoire recently narrowly won the Lion Island Race of the Cruising Yacht Club of Australia’s (CYCA) Ocean Pointscore Series over Paul Clitheroe’s yacht Balance.  Victoire and Balance have long been friendly rivals on the course having formerly sailed the same design of yacht, a Beneateau First 45, before Dr Hodgkinson moved to the Cookson 50 and Mr Clitheroe to the TP52 under the same names.    The two also won nearly back to back Sydney Hobarts, Hodgkinson in 2013 and Clitheroe in 2015 on their 50 foot toys.

For more on the Lion Island Race and the Ocean Pointscore see Di Pearson’s article from CYCA’s Event Media.

Good luck to Victoire and Balance in the series!