Nose Reshaping (Rhinoplasty) at any age! 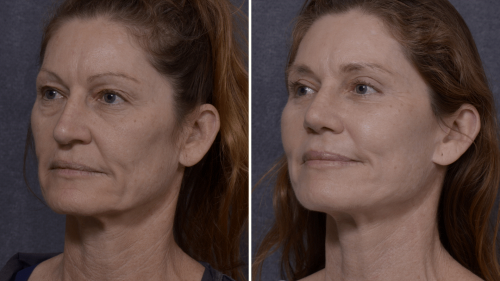 It is commonly assumed that nose reshaping surgery is usually requested in the late teenage years through to early adulthood.  Whilst this is true, the desire for nose reshaping surgery occurs throughout people’s lives. Interestingly, as people age, their noses tend to droop or if the nose is considered unattractive detracts from the general appearance of the face.  Any injury to the nose or scarring brings negative attention to the nose in particular but also to the whole face.  Patients often request a rhinoplasty at the same time they are having a facelift or other cosmetic facial procedures such as a blepharoplasty or browlift.

Patients who come to see us for a rhinoplasty do so for the following reasons:

Patients wanting an aesthetic rhinoplasty might have been bothered about their nose throughout their young years, but they haven’t had the time nor means to pursue this surgery.  Responsibilities such as marriage, children and careers come first but sometimes we get a window of time to do something for ourselves as the children move on or as we age and have less responsibilities.  In fact, the oldest patient I have done a primary rhinoplasty on is 76 years old.  But I often do rhinoplasties on men and women in their 50’s and 60’s who are having other facial cosmetic surgical procedures. Also, I might do a rhinoplasty on a patient who has had a skin cancer on their nose and instead of just revising area where the cancer was removed, I perform a rhinoplasty at the same time so that not only is the tumour removed but the nose looks even better.

The functional reasons why patients present for repair is to improve their breathing.  Their breathing may be blocked because of unknown reasons such as damage to the structures of the nose even at birth, trauma secondary to sporting activities causing a twist in the septum, blockage by the turbinates due to irritants in and allergies to the environment or sometimes drug abuse which causes damage to the internal structures of the nose.  Breathing problems can occur at all ages.  We test the breathing to make sure that it is normal prior to rhinoplasty.  In approximately 50% of cases we improve the breathing at the same time that we improve the appearance of the nose.  Both procedures can take place at the same time and this does not necessarily contribute to a longer healing period.

The general healing period after any rhinoplasty is a week to ten days prior to returning to work and approximately four to six weeks with limited activities.  What is important when you come to visit Dr Hodgkinson is to spend time explaining what you don’t like about your nose and what your problems are breathing and then we usually perform not only breathing tests but computer imaging which helps us to decide with you what is the most appropriate shape of the nose that you wish for and whether or not we can meet your expectations.

So, what is a good age for rhinoplasty?  Any age at which you are mature enough to make a decision, have the time you can set aside to heal and have the support from family and friends in your endeavour to look better and breathe better.