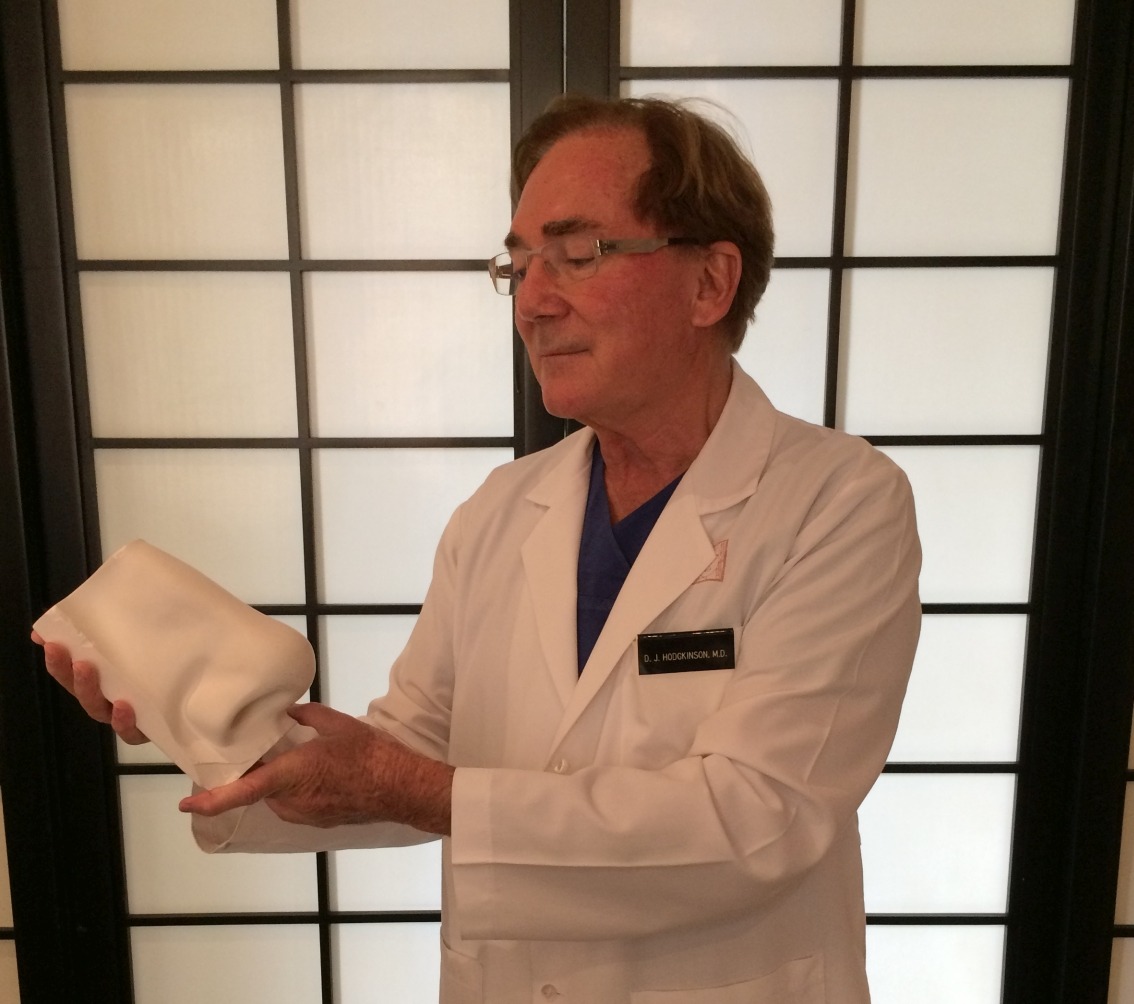 Dr Hodgkinson was recently published again by a major scientific journal, Aesthetic Plastic Surgery.  His article entitled, “The Versatile Posterior Auricular Fascia in Secondary Rhinoplasty Procedures” deals with the problem of how to correct rhinoplasty (nose reshaping surgery) that has gone wrong.  Dr Hodgkinson sees a large number of patients presenting in his clinic who have had nose surgery elsewhere with contour deformities from their previous procedures. The most common error made by yeoman surgeons is to over-resect or remove too much tissue from the nose when trying to reduce or reshape it.  Dr Hodgkinson has published widely in the past and presented internationally for the use of bone and autogenous tissues for the repair of the over-resection of the bridge of the nose but in this paper, he brings another unique and highly functional technique to repair the tip of the over-resected nose.

The easy way of injecting the nose can lead to long term damage.

The easy way out for surgeons who over-resect the tip of the nose is to inject it with fat or fillers.  This is something which is not only unstable, does not keep shape and form as the natural tissues of the tip should but which needs to be repeated again and again and again if the shape is to be kept.  Dr Hodgkinson has never been an advocate of this.  What has been recently discovered, however, is that this technique can lead to further destruction of the tissues and can in the long term actually exacerbate the problem that it is being used to correct.  In some rare and very tragic cases, injections to the nose have resulted in blindness due to fat embolism.

Dr Hodgkinson’s technique uses the tissue from behind the ear (posterior auricular fascia) which is soft and thick to create a pad that he can place under the skin of the tip of the nose to create a soft and natural contour.  This pad can also be placed just over the tip in the saddle of the nose where it meets the bridge if there is a contour deformity there as well.  The benefit of using the patient’s own tissues is that not only will there not be a reaction to them but that they will form a natural part of the features and mold together.  The donor site behind the ear is not only ideal for the type of tissue found but because it leaves no visible scar if it is placed correctly in the crease.

For this technique to be published, Dr Hodgkinson had to not only demonstrate that the technique was clinically sound but that it provided excellent long term results in a series of cases.  Dr Hodgkinson has published 70 articles in scientific journals as well as presenting his techniques and results worldwide.

DECADES OF EXPERIENCE: 3 SECRETS IN 3 MINUTES

Click to watch this 3-minute video where world-class facial surgeon Dr Hodgkinson reveals the 3 top myths that he’s busted while helping to transform thousands of his patients’ faces over the past 30 years. And just for watching this video, you’ll also receive a special gift valued at $150 inside. (only applicable for facelift consultations)
PLEASE SEND ME THIS VIDEO
3 Facelift Myths Revealed