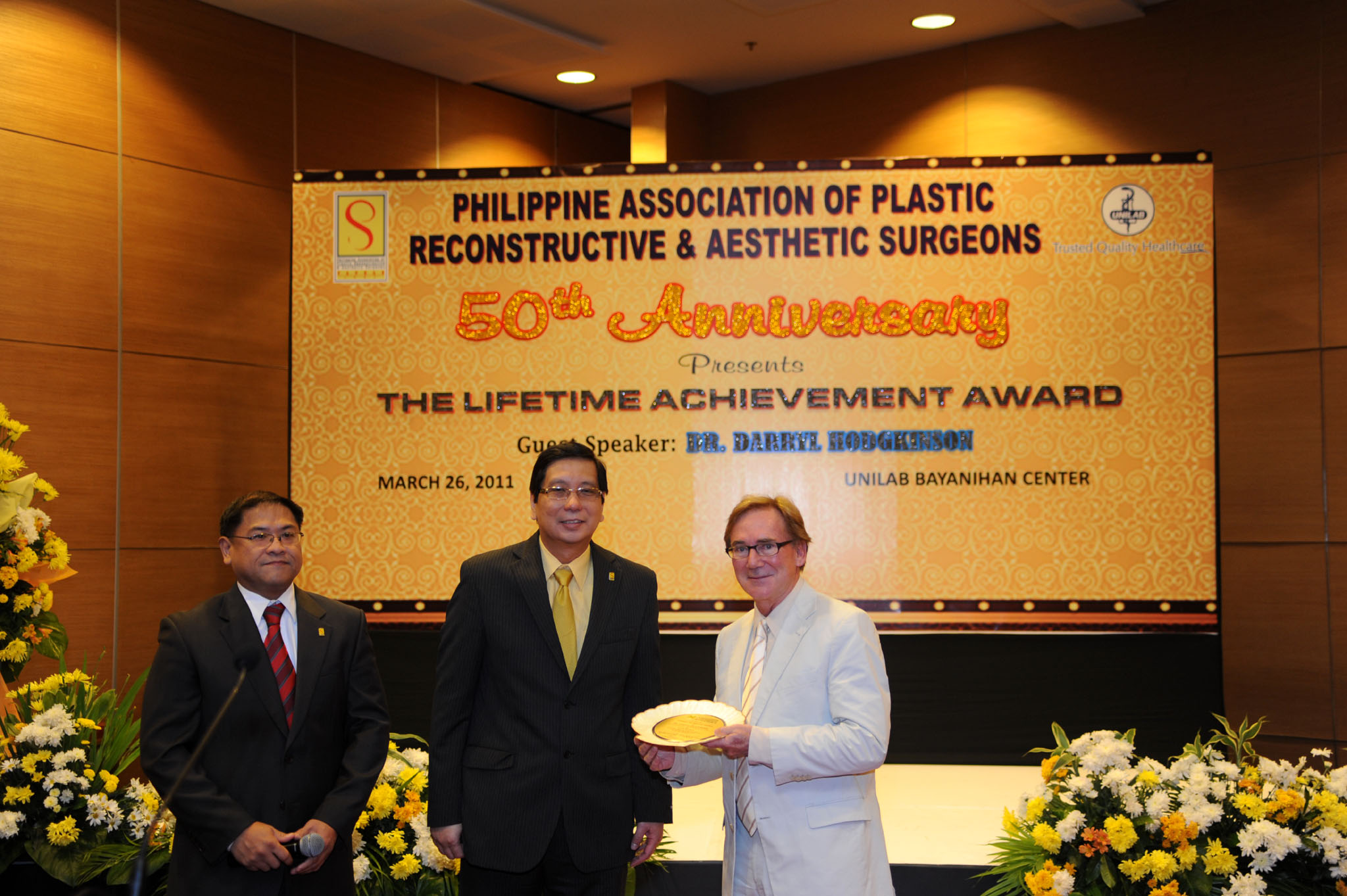 Dr Hodgkinson presented 5 papers at the Aesthetic Surgical Course on topics ranging from Facelifting, Mastopexy, Rhinoplasty and the Psychological Aspects of Aesthetic Plastic Surgery. One of the things that particularly impressed Dr Hodgkinson was the range of cases and the technical expertise of the Filipino Surgeons. He has been working with Surgeons from the Philippines for 20 years in his charity, Operation Restore Hope which has treated nearly 2,000 children with cleft lip and palate. His charity also now supports the Philippines Children’s Medical Center Craniofacial program run by Dr Taps Gurango.

Dr Hodgkinson was impressed with the results by the Filipino Surgeons of Conjoined Twin separation. Four sets of twins have been separated by Dr Manalo and his team. This is an impressive series of one of the most difficult and challenging problems in craniofacial surgery. Dr Hodgkinson was highly honoured and felt very privileged to have been chosen as the keynote speaker at the auspicious event of the 50th Anniversary of the founding of the Filipino Society of Plastic Surgeons.